April Wrap Up and May TBR 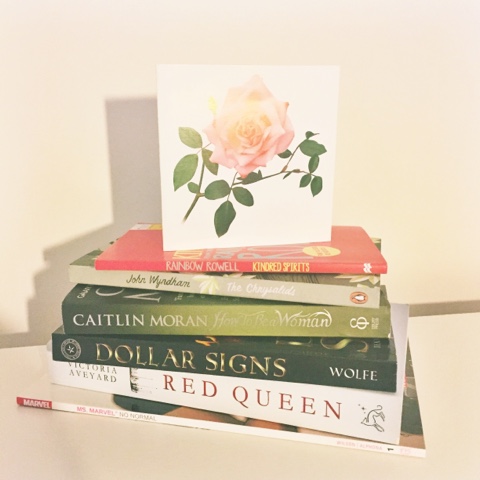 How to be a Woman by Caitlin Moran
5/5 Stars
Caitlin Moran always makes me laugh. Her articles and tweets have always made me laugh, and this book did the same whilst also discussing feminism and modern 'womanhood'.

Kindred Spirits by Rainbow Rowell
4/5 Stars
This is actually the first Rainbow Rowell I've read and was really sweet. Loved how it was about Star Wars 7 too!

Into the Woods by Kim Harrison
4/5 Stars
Lots of short stories, mostly from the Hollows universe.

Dollar Signs by Manning Wolfe
3/5 Stars
I was sent this book to review, and you can read this review here on this blog.

Ms Marvel by G Willow Wilson
4/5 Stars
My first proper comic book! I really enjoyed it, I just wish it had been longer. I can't afford to buy such short stories when they're so pricey! 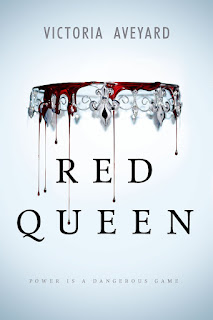 The Crysalids by John Wyndham
A reread, but still 5/5 Stars
This book ALWAYS intrigues me. An interesting look at how our world could end up... 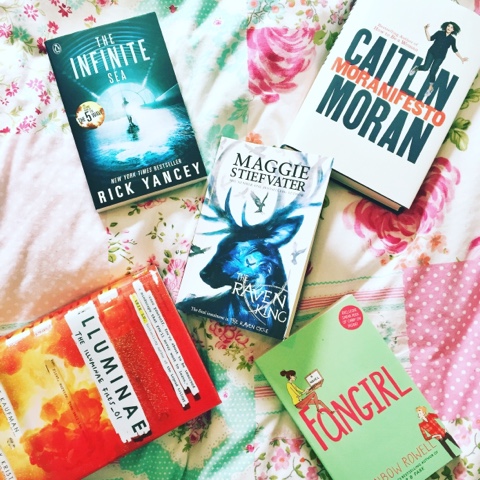 I have 5 books planned to read in May:
The Raven King by Maggie Stiefvater
The Infinite Sea by Rick Yancey (I might have to reread The Fifth Wave)
Illuminae by Amie Kaufman and Jay Kristoff
Fangirl by Rainbow Rowell
Moranthology by Caitlin Moran

A book and it's prequel - Queen of Shadows by Sarah J Maas (January) Assassin's Blade tbr soon!
A Book Written by a Celebrity - Gangsta Granny by David Walliams (January)
A Graphic Novel - River's of London: Body Work by Ben Aaronovitch (January)
A Book Set in Europe - My Sword Hand is Singing by Marcus Sedgwick (February)
A Book Set in the Summer - Everything Leads to You by Nina LaCour (February)
A Book Based on a Fairytale - The October Daye Series by Seanan McGuire (February)
A Political Memoir - I am Malala (I think this counts!) by Malala Yousafzai (March)
A Book With a Blue Cover - Lady Midnight by Cassandra Clare (March)
A Book Set on an Island - Feverborn by Karen Marie Moning (March)
A Book Published in 2016 - Fire Touched by Patricia Briggs (March)
An Autobiography - How to be a Woman by Caitlin Moran (April)
A Book Under 150 pages - Kindred Spirits by Rainbow Rowell (April)
A Book Finished in the Day - Into the Woods by Kim Harrison (April)
A Book With an Unfamiliar Culture - Ms Marvel by G Willow Wilson (April)
A Book You Haven't Read Since High School - The Crysalids by John Wyndham (April)
A YA Best seller - The Red Queen by Victoria Aveyard (April)