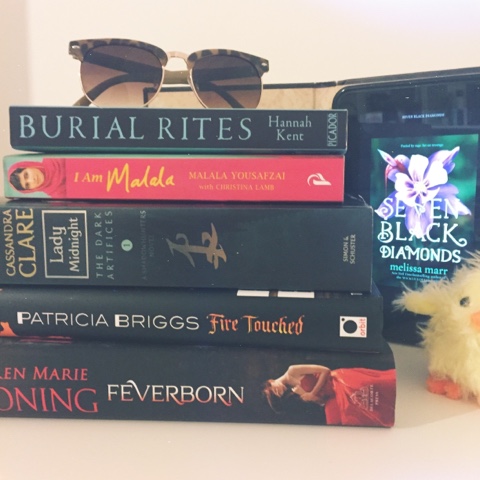 Here we are, my reads from this March. I'm very impressed with myself, actually, as I read a lot and because 2 of those books have been gathering dust on my To Be Read shelf. The other 4 were all brand new releases, so we definitely got off the press!

What did I think of these? Well...very good things! 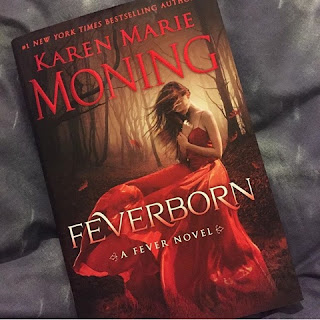 Feverborn by Karen Marie Moning
GoodReads rating: ⭐️⭐️⭐️⭐️
I was eagerly awaiting the release of this book, a continuation of the Fever series, but it actually took me a while to pick it up. I just wasn't in the mood. However, once I did pick it up I pliers through it quickly. If you haven't heard of the series, they are an urban fantasy series set in Dublin. The main character, Mac, is an American in her early twenties who flies to Ireland to try to investigate her elder sister's murder. This book is book 8 (I think) so to reveal the plot would be very spoilery. However, I was delighted by the appearance of a certain character, as I had imagined that happening many times, whilst daydreaming! I am still slightly frustrated by Mac's relationship with another couple of main characters, but I am hopeful these annoyances will either be plot points further along in the series or will get sorted soon! 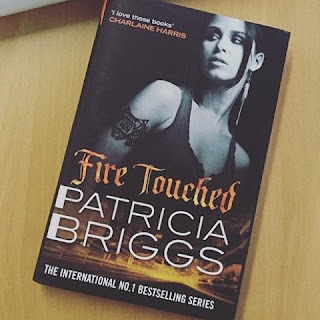 Fire Touched by Patricia Briggs
GoodReads rating: ⭐️⭐️⭐️⭐️⭐️
The Mercy Thompson books were the first ever Urban Fantasy I read. Or at least, books that I classified as such. I love Mercy's wit, bravery and attitude towards her life. I can't give much of this plot away, but I can say it's continuing Mercy's story in a world where werewolves and the fae are 'out of the closet'. War is brewing and Mercy is stuck in the middle. 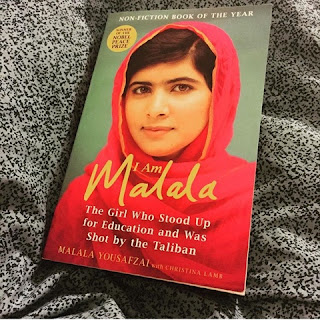 I am Malala by Malala Yousafzai
GoodReads rating: ⭐️⭐️⭐️⭐️
I've wanted to read this book for a long time, but I've never really read memoirs before. I knew I'd want to read it without anynother books distracting me, but I'm rarely in a 'read an entire non-fiction book in one go' mood (I tend to dip in and out). So I'm very glad I made time for this! You can tell this is written by a young person, as the writing style is less established and polished. However, that almost makes it even more inspiring as it reminds you of how young Malala is and how English is not her first language. As a teacher, I found all the information about education and learning very interesting as well. Malala is very inspirational, and this book reminded me why learning is so vital. 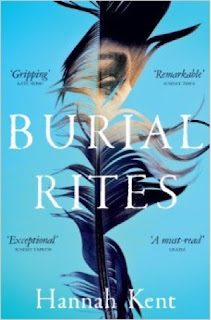 Burial Rites by Hannah Kent
GoodReads rating: ⭐️⭐️⭐️⭐️
Based on real life events, this book tells the story of a woman in Iceland who is sentenced to be executed for her part in a murder. She is sent to live with a family whilst waiting for the date of her death to be finalised. I was surprised by this book - the emotions and attachment really creep up on the reader AND the characters in the story. It was really interesting to read something based on a true story, because obviously we can never truly know the motives and feelings behind crimes that happened so long ago. I would recommend this to both fiction and history fans! 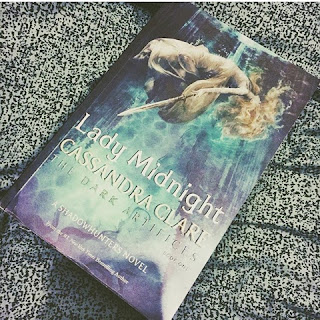 Lady Midnight by Cassandra Clare
GoodReads rating: ⭐️⭐️⭐️⭐️⭐️
I can still remember the day that I first picked up City of Bones. It was literally the day it arrived in my local Waterstones - with the original UK covers! I actually ended up giving the book away (after devouring it in one sitting) because I was so horrified with the well known plot twist. Luckily, I still picked up book two when it was released and LOVED it. I resisted picking up this book for as long as I could - I know the pain of waiting for the next book in a Cassandra Clare series and I was trying to reduce that a little bit! It didn't last though :P I read this book either sat in a chair looking out over a beautiful Cornish beach, or on the 5 hour train journey back from Cornwall to London, and the time flew! 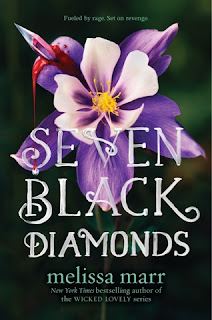 Seven Black Diamonds by Melissa Marr
GoodReads rating: ⭐️⭐️⭐️⭐️
It's been years now since I first read and fell in love with the Wicked Lovely series, and I've got to say I've yet to find a Melissa Marr series that I obsess over as much. I love those books! I really enjoyed this, but it didn't hit the same spot the WL books did. Perhaps it's because I was 16 when I read WL? I'll have to re read them and see if they have the same effect!